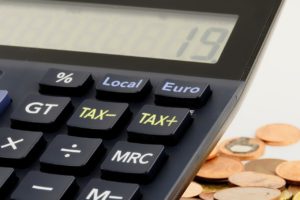 The 2014 Ruling on Spanish Inheritance and Donation tax was an important one. The European Court of Justice ruled that Spain could no longer charge non-residents of Spain more inheritance tax or donation tax. Than a resident of Spain would pay “Sentencia Del Tribunal De Justica de 3 de septiembre de 2014”.

This massive landmark ruling affected all non-resident property owners in Spain. Especially those who had paid inheritance tax or donation tax in Spain in the previous four years and possibly six. (It actually also corresponded to inheritances whereby tax was paid by Spanish residents on assets outside of Spain).

Currently inheritance tax is paid by a beneficiary on an inheritance they receive in Spain. This is calculated by looking at the net assets in Spain of the deceased person. Then applying a tax free allowance which differs depending on the relationship between the deceased and the inheritor. AS well as calculating the percentage tax applicable to the inheritance and then making a final calculation. For non-residents, some bills have reached tens of thousands.

Donation tax is exactly the same but is applied when a person is the recipient of a lifetime inheritance. E.g. a property is gifted to them while the donor is still alive. Again, the tax paid by a non-resident of Spain was usually currently far higher than for a resident.

There is a very complicated tax set-up in Spain as the country is divided into 17 autonomous communities. Inheritance taxes charged by each regional or local government can differ greatly. However, in most areas, residents pay virtually no inheritance tax, whereas non-residents can pay huge tax bills.

As Spain has so many non-residents, charging them more for these two taxes in the past had been a lucrative source of income and considered very unfair. Remember how wealth tax was also abolished for this reason. The situation led to the European Commission ordering Spain in 2010 to change its inheritance legislation. As this differentiation is not justified, but as Spain did nothing (probably due to the complexity of changing the rules in so many regions), the European Commission took Spain to the European Court of Justice in 2010.

On the 3rd September 2014, the European Court ruled that charging higher tax rates if the deceased or recipient of an inheritance or gift is non-resident is illegal and discriminatory.

Central and regional governments in Spain had to review the regulations related to this tax in each Community.

1) Inheritance tax and donation tax will cease to be charged at higher rates for non residents in the near future.
2) People who paid inheritance tax or donation tax in the past will be able to put in a legal claim for overpaid tax, possibly for as much as 99% of the tax in the Valencian region. This claim needs to be submitted by a lawyer specialised in these matters.
3) Properties in Spain that may still be in the name of the deceased and the family has resisted selling. As worried about the impact of both inheritance tax and transmission tax reducing significantly any gain. Will now be able to place the property on the market, safe in the knowledge that higher inheritance tax for non-residents has now been declared illegal. Thus making it more worthwhile to sell.
5) This Judgement had a positive effect on the Spanish property market.

Please contact us if we can help with any inheritance tax issues.