Cheap Flights from Murcia Airport to the Canaries 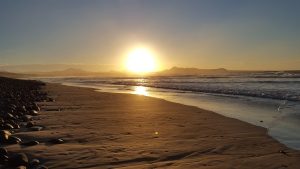 We have been pleased to notice that the airport at Corvera, Murcia International airport has started new routes to the Canaries, at very cheap prices.

The Canary Islands airline https://www.bintercanarias.com/ which many people will not have heard of, have many flights over the winter for very cheap prices. You can fly from Murcia to the Canaries for approx. 50€ return in many instances. Flights appear to be from Murcia to El Hierro (VDE), Fuerteventura (FUE), Gran Canaria (LPA), La Palma (SPC), Lanzarote (ACE), Tenerife North (TFN) and Tenerife South (TFS).

The website is in English, and Binter Canarias is a Spanish airline, based at Gran Canaria Airport in Telde, Gran Canaria and Tenerife North Airport, San Cristóbal de La Laguna, Spain. It is not a new airline, having began flying in 1989.

So if you fancy a break somewhere different this Winter, and flying from Murcia is convenient for you, this could be just the ticket!