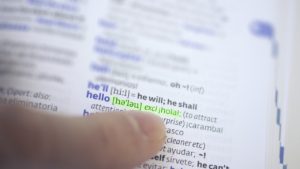 The deadline for submission of the Model of 720 (January 1 to April 1, 2021). All the Assets and rights located abroad and valued above 50,000 euros must be declared. It is a purely informative presentation, but of an essential nature. Since the penalties for its non-filing or out-of-time submission are high.

Under the “anti-fraud” plan launched in 2013. The Spanish government imposed an obligation on Spanish tax residents to declare all their foreign assets through the 720 models. However, it also directly affects members of the international community living in Spain who have assets abroad.

The duty to report through model 720 is linked to tax residence. This means that, if you are considered a tax resident in Spain, you have the obligation to report foreign assets.

Any person, corporation or permanent establishment that qualifies as a Spanish tax resident in Spain. And is the owner, co-owner, representative, authorized person, beneficiary or has powers to disposition assets located outside Spain worth more than 50,000 euros (i.e. assets detailed below), must report the value of these assets.

When does a person become a Spanish tax resident?

A person will become a tax resident in Spain if either of the following two circumstances is met:

The person is physically present in Spain for more than 183 days in the specific calendar year. Sporadic absences are considered days spent in Spain to calculate this period unless tax residency in another country can be tested for more than 183 days. This evidence must be presented in the form of a certificate from the tax authorities of the other country confirming such tax residence.

1. Funds in accounts in financial institutions abroad: such funds may be maintained through the figure of the owner, co-owner, representative, authorised or beneficiary. The valuation of the funds should be the highest (i) of the balance as of December 31 or (ii) the average balances at the close of each quarter.

2. Securities and securities, rights, shares, insurance and income deposited, managed or obtained abroad. Life insurance policies and temporary or lifetime income generated by loans of money, rights or other assets to foreign entities are included, while pension plans and shareholdings are excluded.3. Real estate and rights in real estate located abroad.

It should be noted that once the limit of EUR 50,000 is exceeded for a group, all assets in that group must be declared regardless of whether each asset does not exceed the limit. In addition, the reporting obligation exists when the specific assets exceed EUR 50,000, regardless of how many holders/owners own a particular asset. Each holder/owner must declare the total balance/value (not the prorated one), indicating the percentage they own or own.

When should it be declared?

How often should it be reported?

Model 720 should only be presented once if the person meets the conditions described in question 2 above. The person will only be required to present the 720 model again when, in relation to any of the three asset groups, there is an increase of 20,000 euros compared to what was stated in the last model 720 presented.

How should it be reported?

Model 720 must be completed online. The form is not standard formatted and requires navigation through various options and drop-down menus. The assistance of an experienced advisor is recommended.