Donation Taxes – How to Save Inheritance Tax 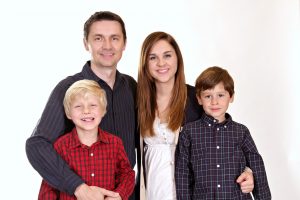 Over the past months, we have written many times about transferring  property in Spain from parent’s names to that of your children as a donation, or early inheritance.

A number of people in the last year have donated their properties to their adult children, as the tax allowances in the Valencia region are currently very generous at 100,000€ tax free per adult child from each parent (as long as not step children and blood relatives) and good in the Murcia region too.

Donation Taxes – To Save Inheritance Tax

Brexit looked as if it would have an impact on the inheritance and donation taxes as once British people are no longer members of the European Union, it appeared that the concessions would no longer be applicable. We advised of this. Fortunately, in recent months the Spanish government appears to have accepted that it will not take away the right to regional favourable allowances to non-Europeans (something that previously looked very likely).

After that threat had passed, another one appeared in that the Valencian government had stated it’s intention to reduce or erase the favourable tax free allowances of 100,000€ per adult child for donations, and inheritances. Our lawyer stated this in June “You probably know that yesterday the region of Valencia elected the new government which will start ruling by September. The new government was the one suggesting to erase all the allowances for donations and probates.  Therefore, we should try to inform our clients about this, as if they can transfer their Spanish property to their children, now is the time to do it.”

How To Inherit Paying Little or No Tax

We can quote the costs for a transfer of the property to your children with hopefully no donation tax currently, with just your deeds and a suma bill.

In summary, this remains a very good time to pass the property on to your children as quickly as possible. If there is no donation tax in your circumstances, it is not going to get cheaper than this.

We keep saying this, but really, there will not be much longer that this huge saving remains. Please contact us to discuss donation or early inheritance to your children.