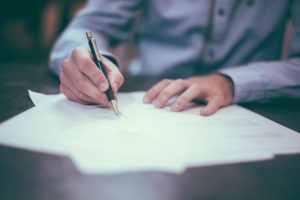 Following a new European Law, there was a Probate and Wills change on the 17/08/2015 in Spain.

Probate and Wills Change in Spain

THIS ONLY APPLIES TO RESIDENTS OF SPAIN. If you are a Resident, please read the following.

The regulation does not affect UK, Ireland nor Denmark. Because these countries didn’t accept this Act. SO ALL BRITISH; IRISH AND DANISH PEOPLE ARE UNAFFECTED.

For all other nationalities, from that date, the Law applicable for Wills and Probates is the Law of the country where the deceased person lives. Not their national Law, as previously. However, this does not apply again to British, Irish and Danish nationals.

Therefore, the whole process will be done just in one Country. Using the Law of this Country (where the deceased person lives).

If you are British, Irish or Danish living in Spain and you want to use the Law of Spain. Instead of your national Law, then you have to change the Will. And include a clause refusing expressly your Law, choosing Spanish Law.

There are a few exemptions to this. This regulation will not be applicable if despite you living in one country you have stronger ties with another Country. An example, if you are French living and renting in Spain. But you have houses only in France, and you work for a French company.

Summary Regarding Probate and Wills Change in Spain

From August 2015, any Resident of ANOTHER NATIONALITY than British, Irish and Danish if you have made your Spanish Will. Then you may have to change the Will. This is to include a clause refusing expressly the application of Spanish Law, choosing the Law of your Country.

If YOU HAVE NOT MADE A WILL, we would strongly advise you to do so.  There is no harm in taking action now and getting this arranged as this is a definite change. Please contact us to arrange your new Will.

MAKE A SPANISH WILL