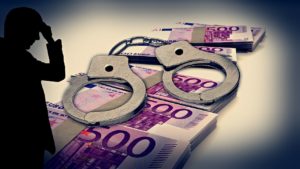 We will explain everything you need to know about criminal actions for debt claims.

When you can you use criminal actions for debt claims?

Usually in Spain the law states that claiming debts from someone or a company is a civil issue. This usually originates from a breach of contract.

However, many people do not realise that there are incidences that a breach of contract could be considered a fraud. If there is a fraud, then criminal actions for debt claims could be used.

Examples of criminal actions for debt claims could be if the debtor never intended to complete the contract and was stringing the other party alone. Or if an Estate Agent keeps the money from a buyer or seller that really they are not entitled to. In addition, if a promotor receives a deposit or further payments but the property is never built.

It is true that generally, a criminal action might take longer than a civil action in the Courts. But sometimes it can be the best way. It can also sometimes be the only way to get paid if the debtor does not have any money.

Sometimes, however, it is the case that the debtor does have money. But they do not pay when they receive the news of a legal action against them in the Courts. They may decide to wait and by the time the Action comes to Court, they will have hidden their assets. It is a big difference though if they are accused of fraud, find out there is a criminal action against them and their lawyer says they are looking at potentially being in a Spanish prison for several years. Many times we have known a client get an offer of money then.

We cannot always claim debts by using criminal actions but do let us know whether you have a situation we can help with especially now when debtors could try to avoid payments.