Arrested in Spain Or Had A Denuncía Against You? 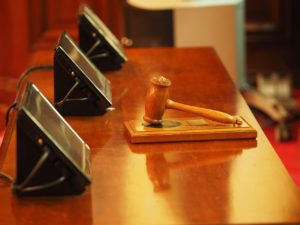 If you have been arrested in Spain or had a denuncía against you (police report), the chances are that you will need a lawyer later on, not just at the time.

Firstly if you have been in a fight, or been arrested for any reason, you have the right to a lawyer. You will often find that you do not know
what is going on. You appear in a room, someone is translating for you, but you do not really understand, and then you are allowed to go. Most people at this stage think that this is the end of the matter.

Often they return to their own country and then find they are arrested and detained on entry into Spain. As they did not attend a call to a trial or they hear later on by letter or telephone (often a few years later) that they have to attend a trial.

If you are arrested in Spain, it is important to get a lawyer of your own as quickly as possible. Firstly because you will understand a lot more of what is happening. Secondly because it is absolutely vital that you attend Court when summoned or you could be in a lot of trouble. Lastly, because those who are not represented other than by a duty lawyer usually tend to find they end up with the harshest penalties. You need someone to defend you.

And for a lawyer to defend you, it helps if they are aware of the problem from the beginning and are really working for your interests. That said, approaching a lawyer for help at the last minute is better than not at all. We have had people approach us two days before going to trial and we are able to help usually, but it is not the best way.

Also if you are called to Court and you were a witness or victim, you also have a legal obligation to attend. If you are in another country, you need a good reason to explain to the Judge why you cannot attend and you may need a lawyer to help represent you to explain this. Often people try to telephone speaking English and get no where at all. You are also responsible for the expenses incurred in flying to Spain and hotels, transport etc. You cannot claim these back as a witness.

Lawyers charge in line with the fee schedule of their local college of lawyers and you will find you can be quoted quite differently within a wide band for the same case. It is possible to apply to the college of lawyers for a legal aid lawyer but these are only granted when it is proved there is a case of absolute necessity and they also rarely speak English.

A lawyer should be able to advise you of the required provision of funds and approximately how much it should cost in total to see the case to the end.

It is best to think carefully before making these, as you may be required to attend Court and fly back to Spain at your expense. Is the matter serious enough that it really justifies that it goes to Court and that it will cost you in legal fees and other expenses? It is best to be fully aware before rushing to report something when you are angry. Which maybe is a disagreement which could be sorted out amicably or just left.

If we can help you with any matter regarding being arrested or denuncías please let us know.