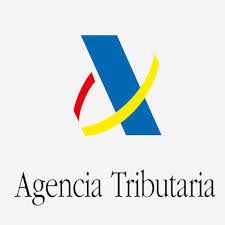 Many of you will not realise that inheritance and gift tax in Spain is decided at government levels but also by each region.  Each region of Spain is autonomous and so can apply their own tax reductions to inheritances and gifts. This is very important to know as in Spain, a property is generally not owned in the same way as in some countries such as the UK or Ireland, and there is no automatic passing of assets when a spouse dies. There has to be a probate process to transfer assets over to the next of kin (transferring percentages usually).

In February this year, the Spanish Supreme Court issued a judgement declaring that the way that Spanish inheritance and gift tax works at the moment breaches the free movement of capital when taxing non-EU residents on Spanish assets received through an inheritance or gift.

This is because when the European Courts in 2014 declared that the Spanish inheritance and gift tax regulations were discriminatory for non-residents, they did not specifically refer to the residents of other countries outside of the EU.

What happened was that the Spanish Tax office then treated non-residents and residents of the EU as the same for the tax breaks for inheritance and gift tax, but the people in countries outside of the EEA were still not allowed to benefit from any of the tax discounts applied by different regions of Spain.

In February, the Judgement by the Spanish Supreme Court declares now that non-EEA and EEA citizens should be taxed the same, so theoretically from now, non-EU residents receiving an inheritance or gift in Spain, should also get the tax breaks.

When I initially read this, I thought fantastic, as when Brexit takes place and the UK leaves the EU, UK Residents will probably be seen as non-EU residents and I had wondered how UK citizens will be treated for inheritance tax and gift tax in Spain, and whether they will be eligible for the tax benefits in the future.

Thus this judgement is looking favourable that even if the UK is seen as non-EU then it is hopeful that citizens from the UK will pay exactly the same Spanish inheritance and gift tax as EU citizens, although our solicitor has cautiously said that it is too soon to know at the moment if this will definitely be the case.

We await further news as to whether it will apply and will inform you by our usual newsletter.  But generally, the news is looking rather promising…

If you need help with an inheritance, please contact Amanda: enquiries@spanishsolutions.net