Inheritance and Donation Tax in the Valencian Community 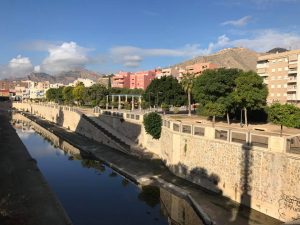 As Inheritance and Donation tax is collected and managed by the Autonomous Communities or regions in Spain, they can decide what they wish to do with it. In this area, we are in the Valencian Region, but on the border of Murcia Community.

In September 2014 the European Union ruled that Spain´s autonomous communities could not differentiate between non-resident and residents of Spain, and as the allowances for residents were quite generous for a period we were all in quite an advantageous position with regard to inheritance and donation taxes. We suspected that this would not last, however, as the communities will wish to increase their taxable income in any way they can, and, as expected, from 1st January 2017 the law has changed with regard to Inheritance and Donation tax in the Valencian Community.

When inheriting, the relationship between the deceased and the inheritor (the degree of kinship) is very important as there are reductions to the tax base for close relatives.

In the case of inheritance, it will not be necessary to pay Succession or Inheritance Tax in the Valencia Community providing the following total asset base for the tax is not exceeded:

Over these amounts, when the heirs are children over 21, parents or spouse, there is an allowance applicable to any tax paid on assets. This was previously 75% and has been reduced to 50%, quite a big difference…

When the heirs are under the age of 21, the bonus percentage remains at 75%.

The term to deal with the Inheritance Tax in Valencia is six months from the death, a period that may be extended if requested during the first five months.

Children over and under 21 years of age who receive a property or gifts from their parents will still be eligible for 100,000€ being transferred tax-free as long as the grantee does not have a preexisting net worth of 600,000 euros or more (previously 2,000,000 euros) in Spain.

There is no allowance for spouses.

Grandparents it is possible to do a donation but only when both of the grandchildren´s parents are not alive.

In both successions and donations in the Valencian Community, the first 100,000 euros are exempt from tax for children and in Successions only for spouses,

In the donations of parents to children, the 75% bonus has disappeared, so the tax bill will be far greater if the assets are over 100,000€.

Contact Amanda enquiries@spanishsolutions.net if we can help you with a donation or inheritance process.