Large Credit to a Joint Bank account – a Gift or Donation for Spanish Tax? 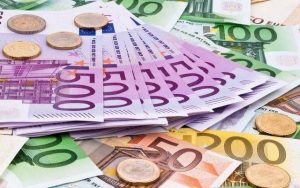 A Large Credit to a Bank Account in Spain

If you, for example, have a joint bank account in La Zenia, Spain, and you want to send a large sum of money to it, do you understand how it will be viewed by the Spanish Tax Authorities?

Often we assume that the law in Spain is the same as the law in our home countries, but actually, they are often quite different systems,
so it is important to pick up pieces of information when you can, about how matters work in Spain.

Just as an explanation, but not directly related to this topic; the ancient Spanish Civil Code defines the primary sources of law in Spain. The sources of the legal system in Spain are statutes, and the general principles of law. Although the written sources of law in Spain are important and defined as the primary source, the Civil Code also refers to case law, so the decisions of the courts are very important. The local courts follow the precedents set by the Supreme Tribunal for their decisions, until such time as these change, with a new decision by the Supreme Court.

A Large Sum to a Joint Bank account, is it a Donation?

In Spain, we refer to a gift of an asset made to a relative as a donation whereas in many countries it is known more commonly as a “lifetime gift”. The subject of this blog is if a large credit is made by one party to a Joint Bank account, is it then seen as a Gift or Donation by the Spanish Tax Authorities to the other co- account holders?

According to the Spanish Tax Office, a credit of substantial funds to an account in the name of various holders cannot necessarily be considered a life-time gift or inheritance. When one person credits a significant sum of money into a current account held by various owners, we need to consider if it can be viewed as making a donation or gift to the rest of the co-account holders. It may not necessarily be considered by the Tax office as a gift or donation, and thus not be potentially taxable.

An example would be an account with four brothers and one brother injects a large sum of funds to the account held between the four of them; is he really giving some money to his three brothers, which could be considered as a gift for tax purposes (or donation) or not?

What is important for clients to know is that in Spanish law for something to be considered a donation or life time gift, there should be three rules met:

1) there has to be an act of donation from the donor to the donee, done with “spirit of generosity” on the part of donor – so they have the deliberate intention to give
2) the person receiving the gift has to willingly accept it
3) the person giving the money should know that the other person or persons have accepted it (so it is agreed and acknowledged between them).

Putting money in a joint bank account without that conversation and agreement being made does not mean the money is for the other parties as a generous gift, and thus perhaps taxable. As it is NOT a gift if these three requirements are not met.

A bank account means a contract of deposit between the depositing party and the bank. The fact that a credit has been made to the account simply implies it is available for the account holders, but does not indicate precisely the ultimate ownership of the money deposited.

However, please note that it would be a donation or gift if the deposit is used to make an investment in which another account holder is the owner or co-owner of the investment, or if part of the balance of the account is passed to another account only in one person´s name for example.

If you wish to speak to us about donating money to family in Spain (i.e. a lifetime gift or inheritance) or to discuss passing your property for example to your children, please contact Amanda: enquiries@spanishsolutions.net