Wills For Spain and Great Britain 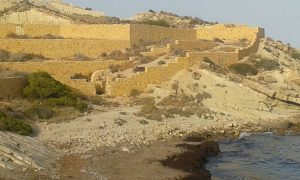 All the information that you need to know about Wills For Spain and Great Britain.

Firstly, do you need a Spanish Will?

Anyone who has assets in Spain should make a Will detailing exactly what they wish to happen in the event of death. As a British national you have the freedom to choose who you wish to leave your assets to, whereas the Spanish have forced heirship. Even if you might live in Spain you have the right to choose your heirs.

Yes, you do need a Spanish Will. If you do not have a British Will, then you would have to obtain Probate in England, Wales and Northern Ireland (Confirmation in Scotland) and have them apostilled by the Foreign Office. This is time-consuming and expensive. We have known many people pay upwards of 1,200 pounds sterling for this and more, which could be saved by merely paying a small sum for a Spanish Will.

Even when there is a British Will and this can be looked to for the inheritors in Spain, Grant of Probate needs obtaining and apostilling. Again, your beneficiaries will struggle with a lengthy and expensive process the delay may also result in tax penalties. In the meantime, any assets cannot be sold and bank accounts are frozen, so making matters easier for your heirs by way of writing simple Wills can save a lot of time and money.

Wills are individual, so whenever there is more than one person listed on the title deeds of a property, a Will should, of course, be made by each person.

A Spanish Will is likely to apply only to your assets in Spain and would have no legality in any other country, except if you have become a Spanish citizen (not resident – citizenship), then matters may be different and it would be wise to take legal advice.

If you have a Spanish Will, do you need a British Will?

We also find that many people move to Spain and become Resident and still have a British property, savings or bank accounts, and their Will is maybe out of date. Bear in mind that after many life changes a Will may need updating. This could include divorce or separation, having a child, the death of a close relative, acquiring new assets (e.g. by way of inheritance) or moving house. However, once people have moved to Spain it is not so easy to manage to update a British Will. Thus we will shortly be introducing a service to prepare British Wills as well as Spanish Wills.

When a Will in Spain may not be enough… Do you need a UK Will?

What would happen regarding inheritance tax?

In Spain, it is the heir who is taxed and not the estate. The tax will be calculated by looking at the relationship of the heir to the deceased, the amount of net inheritance in Spain they receive and the appropriate tax allowance.

Spanish inheritance tax must be paid within six months of the death of the deceased. A joint bank account will normally be frozen on the death of one of the account holders, although the bank will usually allow the direct debits for services to continue to be paid out of the account. Executors are not normal in Spain and mentioning them in a Will can cause problems. Legal title passes directly to the beneficiaries.

With regard to the situation in the England, Scotland, Wales and Northern Ireland, if your permanent home is abroad, then inheritance tax in the UK for example, is only paid on your British assets (e.g. property or bank accounts). The Estate pays usually not the beneficiaries. Inheritance Tax is a tax on the estate (the property, money and possessions) of someone who’s died.

There’s normally no Inheritance Tax in England, Scotland, Wales and Northern Ireland to pay (this is different from Spain) if either :

– the value of your estate is below the £325,000 threshold
– you leave everything to your spouse or civil partner

Your beneficiaries or solicitor will need to deal with the probate.

How do I make a Spanish Will?

To make a Will in Spain is relatively easy. It needs to be drafted, in Spanish with an English translation, and signed in front of a Notary (a legal official who witnesses documents). Each person completing a Will needs to be present at the appointment at the Notary. In front of the Notary the Will is discussed, and if everything is in order, all parties (individual, Notary, Translator) sign the document. The original Will is kept at the Notary´s office, notification is sent to the Registry in Madrid, and an official copy is given to the individual, who should tell their heirs that they have made a Will.

Please contact Amanda with any queries or to make a Spanish Will.