Do you need and how to make a Spanish Will? 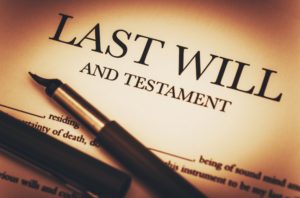 Anyone who has assets in Spain, in the form of property, bank accounts or any asset, should make a Will detailing exactly what they wish to happen in the event of death. Do you know how to make a Spanish Will?

Otherwise, your beneficiaries will struggle with a lengthy and expensive process of getting their inheritance in Spain and the delay may also result in tax penalties.

In the meantime, any assets cannot be sold and bank accounts are frozen, so making matters easier for your heirs by way if writing a simple Will can save a lot of time and money.

It should include a clause stating your choose the law of your nationality (so not Spanish law, which has enforced inheritors).

Wills are individual in Spain

So whenever there is more than one person listed on the title deeds of a property, a Will should, of course, be made by each person.

How to make a Spanish Will?

To make a Will in Spain is relatively easy. It needs to be drafted, in Spanish with an English translation, and signed in front of a Notary (a legal official who witnesses documents).

Each person completing a Will needs to be present at the appointment at the Notary.

In front of the Notary the Will is discussed, and if everything is in order, all parties (individual, Notary, Translator) sign the document.

The original Will is kept at the Notary´s office, notification is sent to the Registry in Madrid, and an official copy is given to the individual, who should really tell their heirs that they have made a Will.

What about if I die without making a Spanish Will? What will happen?

Under Art 9. of the Spanish Civil Code, a foreign national is entitled to leave assets according to the national law of their country of origin, so when a foreigner dies with property in Spain, their nationality usually dictates the law that applies to the distribution of their assets.

The proceedings will take place in Spain, however, following the Spanish process, and can be lengthy, especially if there is no Will.

This will change in August 2015 when the new European Probate law comes into place, however, the UK, Ireland and Denmark did not accept this Act, thus they still follow their National law and their Nationals can write their Wills as they wish.

If you die in Spain, the death certificate will need to be obtained at the local Civil Registry.

If in Ireland or the United Kingdom, an original death certificate would need to be obtained from the General Register Office in the home country.

This certificate, any Grant of Probate and a foreign Will need to be officially translated into Spanish, notarised and presented in Spain. The process is likely to be time consuming and expensive.

Whereas if you are living in Spain and a resident, a Spanish Will is likely to apply only to your assets in Spain and would have no legality in any other country, if you have become a Spanish citizen, matters may be different and it would be wise to take legal advice.

And if I had a Will in spain?

If there was a Will made in Spain, this would be recorded in the Last Wills Registry. A tax declaration must then be made to the tax office, and it would be advisable to consult us on this.