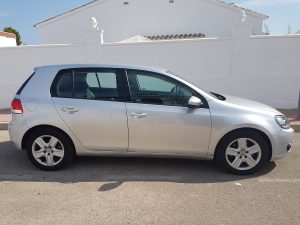 Some general advice first. If a person has been injured, or a vehicle damaged, or one party will not give their details then the police should be called. It is fairly obvious but a person involved in an accident should always assist anyone injured and exhange contact and insurance details.

This is a legal obligation, yet people still drive away… twice recently a friend has had car accidents, through no fault of their own, and in the first instance the lorry driver was not aware that he had damaged her car and was given chase,and in the second the other driver deliberately raced away but fortunately a witness took the car number plate. It is always worth checking if anyone nearby managed to note the number plate.

If the accident is not a serious one then an accident form should be completed and it agreed what happened, which would then be sent to the insurance companies. You should always have an acccident form in your car.

However, if the injuries required hospitalisation then a discharge certificate should be obtained from the hospital and then sent to the insurance. This should give all the details about injuries, how it happened, the number of days in hospital etc. This should be provided to the insurance as it will form part of the claim, especially if treatment or medication needs paying for.

I have mentioned about when police should be called. When they come they will assess what has happened, detail the drivers, witnesses, insurance companies, events, what has been said etc and send it to the Court. They don’t give the report usually to the person claiming unless they go to the police station personally. The Court will review the file and decide if it is serious enough that they want to prosecute.

This is only if it is a serious offence as if they feel it was not a serious criminal offence, they may decide it is not worth the amount of public funds to have a Court hearing and they will file it. They can reopen this file if it is requested later.

If there is a claim then compensation will be considered and hopefully awarded for injuries, some costs as a result of the accident such as vehicle damage and loss of earnings will be considered but are rarely paid in full.  Claimants must comply with insurer’s requirements for hospital appointments and rehabilitation appointments as not doing so could damage a claim,

Is there a Limitation Period?

If people agree out of Court then each person usually pays any lawyer involved for them but if it goes to Court then if was a civil case and the claimant won they might get some of the costs but in a criminal trial costs are not included.

However insurance policies fortunately generally include legal expenses and so a lawyer can be contacted such as ourselves to deal with a claim, rather than the insurance company lawyer and the costs be paid. We would need to check the policy and know the circumstances to advise.

Personal Accident No Win No Fee

In some cases on the mainland of Spain (not in the islands such as Ibiza or Tenerife) we can consider a No Win No Fee personal accident case, whereby we cover the costs for a share of what we obtain for the claimant.  For instance we have acted for several people sadly knocked off motorbikes or pushbikes and obtained compensation for bike damage and injury.

Please contact us on enquiries@spanishsolutions.net if you think you may have a case and it is within a one year time period.