Are Russian and Ukrainians still buying property in Spain? 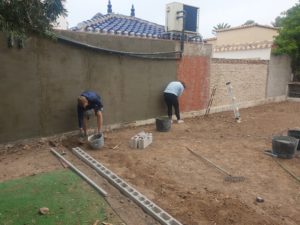 How does the Russian Ukraine conflict affect Spain?

We are conscious here to not in any way sound political. We have many Russian and Ukrainian individual clients and they are all innocent in the invasion.

The housing market in Spain is not by any means top of the list of concerns. Anyway we write about what we understand.

How conflict affects the non-European buyer in Spain.

Economically, the effects on Spain are already evident. We are seeing increased instability in the stock markets and bond markets. We all can see a rise in prices at the petrol pumps. There is an obvious increase in the prices of raw materials required to build houses.

According to the Vice-president of the Government Nadia Calviño, Spain is one of the countries least exposed to the invasion in Eastern Europe. Calviño stated that the “mechanisms” are in place to ensure the Spanish people do not suffer due to the fuel costs in particular.

The General Council of Notaries and the Association of Property Registrars tell us that Russian buyers in Spain number around 2% to 4% of total purchases made by foreigners. Ukrainian buyers make up 1%.

Ballpark 10% of the average of 565,000 housing transactions registered in any year in Spain were carried out by foreign citizens. It is a little closer to  61,000 sales and purchases. Of these deals, Russian buyers purchased around 1,300 homes and Ukrainians purchased 730. This again is according to the quarterly advance data from the Real Estate Registry Statistics.

The golden visa in Spain.

One of the perks that attract Russians and Ukrainians to buy houses in sunny Spain is the golden visa. This can later be converted to a residence permit. In order to qualify for a golden visa, non-Europeans need to invest 500,000 euros or more. The Spanish weather, lower cost of living compared to London for example and the lifestyle in Spain attract buyers here.

This region where we mostly operate, in the Valencia province, is the preferred destination of the Russian and Ukrainian middle class to have a second vacation home.

Golden visas for investors are regulated in Law 14/2013. There are many different types of visas depending on the type of investment and intention of the purchaser, ranging from holiday visa to full residence permit for capital investors, investing in real estate.

Russians represent around one-quarter of the permits granted in Spain and occupy second place after citizens of Chinese nationality. The Institute of Foreign Trade (ICEX) goes on to say that in the year 2021, 157 golden (permanent) visas were granted to Russian citizens. These are buyers who invested more than 500,000 euros in property here.

The sanctions imposed by the EU on Russian capital will have an impact on the Spanish real estate sector.

In reality, since the annexation of the Crimean peninsula and Sevastopol to Russia in 2014, the European Union has been imposing a series of economic sanctions on the movement of Russian money. This has been reflected in the Spanish residential market. We’ve seen a drop in transactions by Russian citizens, especially non-residents. They accounted for a dizzy high of nearly 5,000 buyers that year.

Since then, their sales have been declining, yet far from unimportant numbers.  Now both Morocco and China are the main non-EU countries investing in homes in Spain. On the other hand, many Russians come here for general investment and vacation options. (as opposed to citizenship)

The most popular regions in Spain.

The main market for Russians and Ukrainians alike was the Valencian Community. Here we see almost 50% of its market share. Catalonia (21%), Andalusia (13%), the Canaries and Madrid, with less than 10% are the other main areas of investment. Alicante, Barcelona and Valencia accounted for 60% of sales and purchases made by Russians pre-Covid. From Ukraine, interest is highest in Valencia followed by Barcelona, Alicante, Asturias and Cantabria.

The latest ICEX report confirms that the economic sanctions on Russia since 2015 have reduced the size of the transactions they are carrying out in Spain. Basically, the middle classes are now the ones looking to Spain. The average price of housing purchased by Russians in Spain is 1,700 euro per m2.

A major factor in the purchasing power of the Russians is the evolution of the Russian ruble against the euro.  ICEX. “Wages have stabilised in Russia. The buying ability of the Russian middle class has been affected as a result of the rise in the price of goods and inflation”. The ruble has suffered a strong devaluation since 2020. That was as a result of the COVID-19 situation. Now we wonder how low the ruble will go. Surely this is depending on a swift resolution to the crisis.

A friend of ours is Polish and she works in a Polish estate agency here in Torrevieja, Spain. She said they have never had so many enquiries, ever, from Poland and this can only be related to the Ukrainian crisis.

We wish and pray for a quick and safe end to the conflict. We feel that the Spanish housing sector is in a good position to withstand this blow.

Again, we understand this is not an important part of the conflict when compared to the destruction we are seeing on our TV.

We hope we can return to a normal word sooner rather than later.