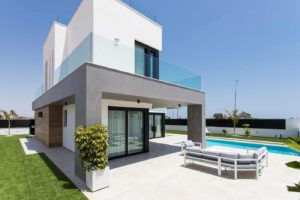 Some Property News in Spain.

The Spanish notaries release some figures every year regarding the state of the property market here in Spain. We get official figures in May 2020 for the previous year but what we have seen so far is interesting.

Some of the stats have ramifications for the Brexit negotiations still ongoing with Britain and Spain. It all makes now a good time to start the buying process though.

The Spanish are buying less property in Spain.

The domestic market in spain declined in the first half of 2019 and is down 2.79%. This makes Spain even more reliant on the expat market to keep the Spanish property sector bubbling.

The Euribor rate (the interest rate for the majority of Spanish mortgages) hit an historic low in August 2019.  Experts predict that it will remain negative throughout the upcoming year. The climate for a boom in property sales here is perfect.

The Spanish property buyer has not disappeared. The Spanish domestic market however is still 40% smaller than it was back in the boom. The overseas influence in the sector is some 80% larger.

From a dizzy high of 824,905 purchases by Spanish people who were caught by the property bug in 2006, figures dropped to 247,208 six years ago. This number is representing a dramatic a fall of 70%.

Unemployment in Spain continues to fall and runs currently at 13.2%, the lowest in a decade. Youth unemployment is way down too yet Spain needs the British to continue moving here.

Where are expats buying in Spain?

Both Cataluña and Murcia saw an increase in international buyers, which are respectively up 7.8% and 9.6%.

All autonomous regions in Spain registered price increases during 2019. There were fluctuations and different price increases in different areas of course. Murcia and Alicante for example are seeing faster rises in prices than other areas with less foreign investment.

The Brexit and Spain.

Here is a plus for British buyers; the prices are increasing, nowhere near the boom prices but going in that direction and no other nation is buying more property than the Brits. The recent notary reports from the 2019 calendar year show that British purchasers are heading the league when it comes to buying a property in Spain. British buyers, both investors and expats moving to Spain last year purchased 38% more than the French, who were the second biggest buyers.

Spain needs that property tax and will do whatever it takes to protect the British buyer in spain.

We still recommend Brexit proofing. Getting up to date on all your taxes, writing your will, becoming a resident if you are here more than half the year, getting a Spanish drivers licence is all important. These moves and safeguards are always good ideas, especially now.

What will happen once the situation becomes perfectly clear is that more and more British people will buy property in Spain, either as a second home or to relocate full time here.

We think now is the right time to start the process. We can introduce you to the top estate agents in the area. You will meet our local bank manager, mortgage broker, notary, builder and even our lawyer Pedro Molina if required.

We have the resources in Spanish solutions to help you join the estimate 700,000 British people who will be living here with 12 months.

Get in touch to see how we can help!