Deposit paid on an off-plan property in Spain 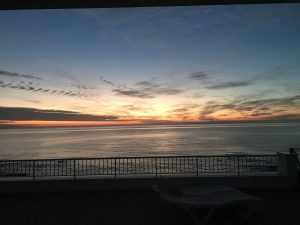 Unfortunately, many people in the past have lost off-plan deposits paid on Spanish property as matters were not dealt with properly.

This is the story of a lady who contacted us a few months ago saying that she had come across our website and thought she would send an email to us to see if we could help. Now she is very glad she did.

Her story began when she purchased a property in Marbella, Spain in July 2003 paying a deposit of 141,240 Euros. A great deal of money…

Under the advice of her solicitor she tried to get a embargo put on her property, however her house was sold at auction anyway, despite her paying all that money. The development at that stage did not have a licence to be able to sell on the property. Some people did proceed with their purchases but had to finish work off themselves and had no water or electric, etc., on the development for a long time, which they had to organise as a group.

She pursued this for many years, finding out that the developer has hotels in Paris and is leading a lavish lifestyle with her money and that of the other buyers.

However, she was told she could not do another court case by her solicitor but would have to chase him herself for the money and so she never got the money back.

On these types of transactions there is a 15 year time limitation period and this lady contacted us only months before it was due to expire. It is true that you cannot sue the same entity for the same concept twice in Spain, but when we studied the case we knew that there was another option available to this customer.

Following a Supreme Court Ruling in Spain a few years ago, we realised it may be possible for her to now sue the bank as the property was not finished, for the return of her huge un-refunded deposit, because the Banks have been were found at fault for not having provided guarantees, according to a very old law from 1968 which said that funds for the purchase of a property should be placed on a separate bank account in the developer’s name and a bank guarantee given. Ten to fifteen years ago this rarely happened and had not happened in this case.

We advised the client that we would need copies of her documents to study if she had a good case to sue the bank, that is:

She provided the information quickly and we confirmed the good news that we could sue the Bank; this line of action was available to us, and that also, if she wished, we could do this on a No Win No Fee basis as she had asked for. The client studied our contract of agreement to proceed (in English as well as Spanish so very clear), agreed it, went to a Notary to grant us litigation power of attorney (paid for by us) and we are now proceeding.

Courts are busy and slow in this area of Spain but we have done a letter to stop the time limitation period and we hope that we reach a favourable result for this client in due course.  We will let you know when we do!

In the meantime, if anyone is in the same position, please contact us. It was so close to be being too late for this client and it is truly terrible to think that if there is now a good case of getting money back, that you, a friend or family member miss out on the opportunity.