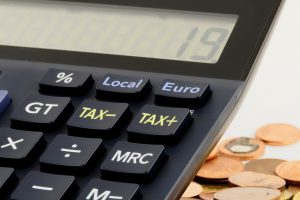 In 2017, we posted this article regarding Modelo 720 or the Reporting of Overseas Assets https://www.spanishsolutions.net/blog/taxes-in-spain/new-reporting-law-of-overseas-assets-for-spanish-fiscal-residents-2/ .

At that time, quite controversionally, the Spanish tax office had published the obligation for all residents to provide information to the tax office on their assets overseas. Also to continue this on an annual basis, if there had been a change in those assets. There were three types of assets 1) Bank accounts abroad 2) investments and savings abroad 3) real estate abroad.

Now, a few years later the issue over Modelo 720 is going through the Spanish Courts and the Euopean Court of Justice.As you can see from the original article, fines and penatlies for not complying with the need for the return are extremely high. Plus the interest.

The European Commission began an Action against Spain several years ago against these penalties, which are considered extortionate and conflicting against fundamental freedoms in the EU. However the Spanish tax office, (as usual), has not changed its regulations but when challenged the Spanish Courts are starting to findagainst the tax office for these penalties for Modelo 720.

Several of the High Courts has found null and void a high sanction presenting late the Modelo 720.

The case is now waiting for a decision from the European Court of Justice but in the meantime, things seem to be going the right way for clients worried about the possible penalties. Our company’s recommendation remains that it is best to file the declarations until this is settled, and pay any penalty issued, then sue for the return of this.

However, as the window for presenting the returns or altering them in January 1st until March 31st, anyone wishing to organise a return (see the above link for whether the tax office say it is required) should do so, in the New Year.

We consider a possible reprieve could be on its way, but we wait for the European Court Of Justice’s decision, when we will then advise clients.