No Win No Fee Claims Settled Out of Court 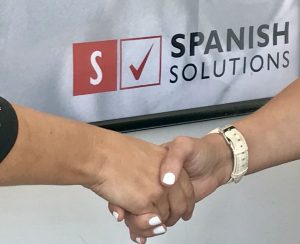 No Win No Fee Claims are extremely satisfying to resolve for clients, particularly when we manage to settle out of Court. Reviewing some of our cases over the past 18 months, we had two settled within a year.

One case was a lost deposit case whereby the client came to us and said that she had seen our article in the local paper, the Costa Blanca People, a while ago and she hoped we could help her. She had paid over 34,000€ in payments on a property over 10 years ago and she never managed to get it back.

When our solicitor reviewed the documents he said that they were very good as we had the original contract and one of the payments were transferred directly to the builder’s bank account, which was good news as it was the largest payment.   We sent her a No Win No Fee contract (in English and Spanish), advised her that she would need to provide a solicitor of ours with power of attorney to act in Court and we covered the costs for this. Within a year we had managed to settle out of Court and she got a very large payment thatshe thought she would not ever be ever getting back.  A very happy lady.

The other case that settled out of Court in the past year was a different builder, but also one that came from the article in the paper. One of their friends had seen it and showed it to the couple.
They had lost a deposit on a completely different development much further south around 13 years ago and again had good paperwork. They had said to us “As you can see we just “gave up” as we could not afford to spend any more money and wrote it off as a bad experience. It was a long time ago now. If we could get a little back from the banks we would be delighted. I think the whole thing was a scam from the beginning. Even the Notary was next door to the builders office.”

Well, they approached us at the end of 2016 and signed the contract at the beginning of January 2017. Two weeks before Christmas of that year they received a sizeable payout out of Court and were absolutely over the moon.

It just shows how important it is not to give up, but to keep trying, and also to keep all documentation relating to a purchase.

For cases such as these, we need a copy of the original purchase contract, copies of the payments made by credit card or bank transfers, receipts of payments received by the property developers, any correspondence (if applicable) between the clients and the property developers (and any other written communications that may be of use for the case).

Also copies of any Court documents are necessary (we can never sue the same party again if there has already been a Court case), only take a different line of action. However, a lot of people have kept these documents and are within the 15 years time limitation cut off, and they should not give up.

We assess the chances of most cases free of charge, so there is nothing to lose to see if the case is worth pursuing, and if we are willing to offer to go forward ona No Win No Fee basis if the client does not wish to take the risk of losing more money.

If you read this and know someone in this situation, or you have been in this unfortunate position then please contact us.  Please note that we cannot deal with cases except on the Spanish mainland and not all of those. Also not all cases will be considered for No Win No Fee, but generally property legal claims, and personal accident claims will be considered. We should advise that we are not able to take on all cases on a No Win No fee basis but we will give our opinion and advice in most cases for free. Sometimes further documentation is required to evaluate a case (such as an expert medical report).