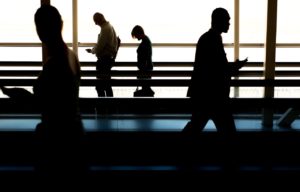 The new obligation to record your working hours last year caused many employers and staff confusion. Especially regarding what was considered as worktime or breaks. Now there a new ruling on the matter. The Supreme Court Judgement on Working dictates that time spent travelling to the workplace is not work time.

The ruling dated 19 November 2019 by the Supreme Court covered a case at the Palma airport in Malloraca, of employees working for the Fire and Rescue Service.

The staff there work shifts and the employees arriving take over from their co-workers. However to register to do this, they have to go to a special facility. Thus there was a lot of discussion about the excess time for this time between units (they get a break in recompense).And also time travelling to the airport. Some jobs are covered by collective agreements in Spain with laboral rules. This particular agreement did not specify anything regarding the time for the shift change. Whether it should be work time or break time.

In this case, the employees and the employer did not agree on what time was work time. The case was held first in two Courts, the the Social Court No. 4 of Palma de Mallorca and the High Court of Justice of the Islas Baleares. They both decided that time spent on travelling internally should be considered as working time. Thus overtime.

The rulings said that during this period the worker is at the employer’s disposal. And all from when the employee registers at the entrance to the airport premises is work.

But the company appealed further claiming that the Madrid High Court of Justice’s ruling of 30 January 2015 covered a similar issue, with a different result or ruling.

After a deep study the Supreme Court decided a new Judgement on working time stating:-

Whether the activity is productive or not does not determine if it is working or resting time.
When the employee is not free to choose his location or what he does, being at the disposal of the company, there is a presumption that it is working time.
Presence on company premises is an indication of working time.
Travel time under the authority of the employer may be working time.

In conclusion in this case, the Supreme Court concluded that the time spent travelling from the entrance of the airport premises up to the specific facility where the shift change took place was not effective working time. Thus it should not be remunerated as such.

Surprisingly the Supreme Court considered that during this time of movement the worker is not at the employer’s disposal, but is carrying out a task in readiness.

They said that during this time, the worker is free to perform tasks not associated to being employed such as talking to other colleagues or social networking.

This ruling really demonstrates how the law is changing in this area and how complicated it is. If you are an employer in Spain it is best to speak with your laboral office (Spanish Solutions is not a laboural office although can deal with many other issues).

Then you can ensure that you are fully informed regarding recording working hours, as the risk is if they are not recorded properly and there is an inspection, an employer may be liable to pay staff extra hours. You also need to be informed reagrding employment contracts.