Time I need to worry about a criminal proceeding in Spain? 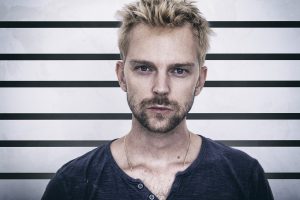 Recently, we have had a few people say they have had a criminal proceeding started against them in Spain. They have been unsure whether they could forget about it and leave it and it will eventually disappear.

If you do not respond to Spanish crminal proceedings?

If you do not engage with the Spanish criminal proceedings and you  never return to Spain, can you just forget about it? Well then the Court could suspend the proceeding until you are arrested unfortunately  could continue the trial in your absence.

If a guilty verdict is given, in your absence, what is the likelihood of you being extradited to Spain? So being forced to go to serve any sentence imposed? This could obviously varyfrom a fine or fine and/or community service, to prison time. This is up to the Judge, but if the crime is regarded as relatively serious then they could start an extradition proceeding in the home country. Howver, this would take a long time, especially if they had problems with addresses to send letters to. Often an address you provided to a Court in Spain when an incident happened may not remain valid. In the meantime, however, if you came to Spain or passed through a Spanish airport there would be a high risk of being arrested a the airport unfortunately.

When would the allegations/charges against you fall away ?

For example, due to passage of time under Spanish law. Well this all depends on the nature of the crime, how serious it was, and also if the time limitation is interrupted at all. Some more serious misdemeanours like sexual assault for example it would take ten years.

Do I really have to pay to come to Spain for a Court hearing?

Yes, unfortunately, if a letter like this is received, you should come to Spain, and the expenses will all need to be paid by you. In addition, you really should engage a Spanish lawyer.

What if I did not have to sign for a Court Document?

This could possibly be used in defence as a defect in service when you do engage a lawyer. However, they will keep trying so it is only delaying the inevitable really. A Judge could understand that as a document was not returned undelivered, that it was delivered to you. Thus, they would assume you got it, or you could try to defend that you didn’t when eventually questionned about this.

Do I need my own lawyer?

Of course, the best action is always to have a good lawyer. Very often you will have the option of taking the lawyer provided by the Court, a legal aid lawyer.   Our lawyers do not do legal aid cases, and generally we do not recomend our clients use a legal aid lawyer, as usually they will not speak English. And really, if unfortunately, you are in this situation then you want the best defence possible to make it all disappear as quickly as possible.

If you or any of your friends are in this unfortunate situation, please contact us regarding the criminal matter and we will try to assist.