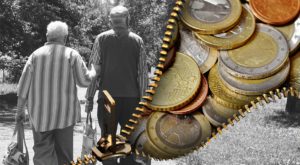 Please note that we no longer are able to deal with this issue (August 2020). Our apologies.

Here are some points regarding the government old age pension in Spain:

This information is important to know especially with Brexit around the corner. Even if you are Brexit proofed however, some of the points here are important.

How can I apply for my government old-age pension in Spain?

If you, like most expats, have worked in several EU countries you are probably entitled to pension payments from all these countries.

Spanish Solutions will on your behalf, apply to the Spanish pension authority.

If you have never worked in spain, they will forward the application to the last country where you worked.

Lets say its Ireland, or the UK; they are now at this time responsible to accumulate the relevant information regarding your working past. It can take a while so the sooner you apply, the better.

How do I get paid my government old-age pension in Spain?

What Documents do i need?

These requirements vary from one country to another. In Spain, you need to supply:

Some EU Countries have earlier / later retirement ages than others.

This is important: You can only receive your pension from Spain once you have reached the current legal retirement age here.

If you have accumulated pension in a few countries, you must wait until you are the age to draw pension in those countries before receiving the full amount due.

A Client from France worked in Denmark for 15 years. She then went back home to France. When she turned 60 (retirement age in France) she only received a fraction of what was due.

The reason is that the 60 yr old client is only entitled to the French part of her pension at this time. She receives the part from Denmark when she turns 67 (retirement age in Denmark)

This is an example taken from the European state pension website.

How long do I need to work to get an old age pension in Spain?

The years you must have worked for a minimum period of time to be entitled to a pension vary between countries.

The pension authority however has to take into account all the time you worked in other EU states (known as the principle of aggregation of periods).

A client worked for 4 years in Germany and he worked for 32 in Portugal.

You must have worked for at least 5 years in Germany to earn a pension. He would not normally qualify for the national pension scheme in Germany therefore.

Once the German pension authority realised that he had worked in Portugal it recognised his entitlement. He now gets a pension from Germany for the 4 years worked there.

If you have worked for less than a year in any country, they do not provide a pension for short periods. However, this time worked will still count. Spain takes it into account when calculating the pension amount.

This is an example taken from the European state pension website.

How is a pension calculated?

The pension authorities in each EU country where  you have worked will look at the contributions you’ve paid into their system, analyse how long you worked in each country and how much you paid in other countries.

What is the The EU-equivalent rate?

Spain’s pension authority calculates the part of the pension it should pay taking into account periods completed in each EU state.

Spain will add together the time you worked all over Europe,  work out how much is due if you had worked all that time in Spain (this is called the theoretical amount).

This amount paid to you will be adjusted to reflect the real time you were employed (it´s called the pro-rata benefit).

Rosa has worked for twenty years in France. She also worked ten years here in Spain.

Both countries want you to have worked a minimum period of 15 years.

Both France and Spain will calculate Rosa’s pension:

France will make a double calculation. They work out her national pension for 15 yr, approx 800 euro / month. Next they work out the theoretical payment she would have received if she worked in France all the time she was in Spain.

In this case, 1,600 euro. Then, France will determine the pro-rata pension. That is the % of this figure which should be paid for the years worked in France. 1,000 euro a month.

Spain, on the other hand will not calculate the national pension. The reason is that Rosa has worked less than the minimum period required in Spain.

They calculate the EU-equivalent rate. They start with the theoretical amount, i.e. the pension Rosa would have had if she had worked all the 30 years in Spain. Approx 1,200 per month.

Now we have the pro-rata pension.  It’s the part of this total which should be paid for the years worked in Spain. (400)

What about an invalidity pension in EU?

The general rules for government old age pension also apply to the calculation of invalidity pensions. However:

As with all these matters, it is better if you speak to us our accountant by appointment or in our La Zenia office to get the best advice possible about your government old age pensions in Spain .

We can do most of the work over the phone and on email so now need to call in personally at least to get your free assessment.

Let us know how we can help.

Please note that we no longer are able to deal with this issue due to a change of staff in August 2020. If we can help with another matter of any type please let us know.