Remote working in Spain is a reality for thousands. 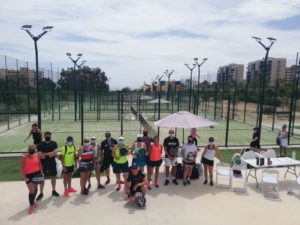 Covid -19 has influenced society in many ways since March 2020. How many of the positives like homemade meals, family quiz nights on zoon and home exercise will survive, remains to be seen. A trend that was happening anyway especially with Brexit too having created the perfect storm is one of people living and working in Spain, yet earning wages from another country- remote work.

I have many Swedish friends I play padel with here in Spain and I could not believe the numbers who had bought or rented a property in Spain, set up their work environment here and are very happy. One couple were working very hard in Stockholm, two jobs, two cars- the usual scene. Heidi knew she’d lose her sales job if they went ahead and moved to Spain. However, she negotiated a three months leave of absence. One month into it, she handed in her notice. Her husband, Peter can earn Swedish wages here in Spain and live for half, literally half the cost of living in their apartment in Stockholm.

Here are the top 10 pros of working from home according to Heidi:

If you are thinking of moving to Spain to work remotely, Spanish Solutions can help.

We can get your accommodation sorted out. Are you buying or renting? Maybe renting for three months is a good idea? Either way, we’ll fix it for you.

Utility bills, taxes, car leasing, Wifi connection, legalities and everything really; Spanish Solutions will help you and maybe just like our friends Peter and Heidi, you too will discover a whole new life by working remotely in Spain.