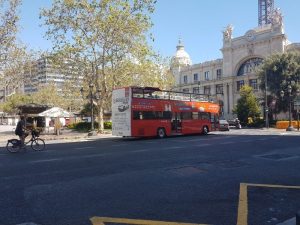 The Supreme Court ruling in 2015 set a precedent for Banks to have to pay investors back the deposits they put down on homes sold off-plan, because by Spanish Law 57/1968 (Consumer protection law) when off-plan deposits were paid into the builder or promoters’ banks, they should have been placed on a separate account and a bank guarantee issued by the developer to the buyer, backed by the funds in that account. This was not happening and the Supreme Court found the Banks to be jointly liable with the builders and now buyers can claim back the deposits they lost.

Thus if you paid stage payments on a property in Spain during the boom years but the property was never finished and the developer disappeared or went bankrupt, you have a very good chance of getting funds back.

We are working with our lawyer on many cases where promoters never finished properties, such as Monte Puchol, Trampolin Hills, Fortuna Golf. Buyers can claim, if certain conditions are met, from the Bank that received the funds related to a construction, if a guarantee was not provided by the builder and they have lost their money.

Until recently, the buyer could not be an investor with several properties

Or they would not be covered by the consumer legislation (consumer protection legislation Law 57/1968 on advance payments on home sales was being argued). However, on the 26th April 2017, the Provincial Civil Court of Madrid condemned Banco Popular to pay a British buyer 139,000€ that he paid to the account of a developer in Banco Popular. The case originated in March 2003 when he signed to buy a property at Los Lagos de Santamaría Golf. At the agreed completion date, the house was neither finished nor had a Habitation Certificate.

Initially, the Provincial Court of in Madrid ruled in favour of the buyer but with a smaller amount and condemned the bank for costs. The bank appealed on the grounds that the property had not been bought as a normal home or residence of the buyer, and that he was an investor. The buyer defended that maintaining the Court judgement was correct and claiming another 6,200 euros which were not included in the original sentence.

On April 26, 2017, the Madrid Court ruled both Appeals with a Judgement obliging Banco Popular to return 139,000 euros and to cover all Court costs.

This new precedent now means that we are able to consider more cases whereby the buyers were not using the house for their own purposes but could be considered investors, which is very good news.

Companies can sometimes be considered consumers if the company makes a purchase which is outside the normal scope of its business activities.

What is needed to claim?

We would need copies of your documents to study if you have a good case; that is:

Having the contracts, copies of all payments, any correspondence with the legal firm, emails, is all very important. Any legal case needs proof and evidence but with this, we may be able to help you sue and recover all of your money and interest and costs.

We need to review individual situations but there may be an option of recovering an investment by paying the barrister fees and Court costs, or on a possible no win no fee basis.

The conditions that have to be met are that the property was never finished, there is a time limitation period of 15 years, and clients have to have their paperwork.