Will property prices fall in Spain after Brexit? 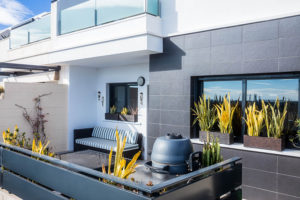 Will property prices fall in Spain after Brexit?

Like it or not. Brexit is now a reality and UK citizens dreaming of property in Spain might need to assess before taking the plunge.

But will buying Spanish property still be the cost-saving route to a comfortable lifestyle in the sun it has always been for British expats? Or could a drop-off in British investment dramatically impact the Spanish property market?

Before we take a look at whether or not property prices in Spain will fall. Let’s first see what exactly has changed for investors since the end of the Brexit transition period.

Can British people still buy or build property in Spain after Brexit?

In short: yes. Non-EU citizens have been comfortably buying land and property in Spain for years without issue. So there’s no reason to think it will be any less straightforward for Brits.

British citizens still have the right to visit their holiday homes in Spain without a visa. But can only spend 90 days in any 180-day period. This would suit most second-home buyers, but those looking to move from the UK to Spain permanently and continue working will have more hoops to jump through – including needing a military permit in some cases.

“Brexit could have an effect on younger people’s decision to buy and build a home in Spain, depending on how the rules change,” says John Wolfendale of Eco Vida Homes, a company that helps people build energy-efficient villas in Spain. “But the market is very healthy at the moment, at least for good-quality property with sea views close to the coast. Good plots for building are in high demand and prices are going up.

“The fact is that, despite Brexit, it is in everyone’s interests to cooperate.”

For those looking to buy/build and retire, there are always options like the Golden Visa Scheme, which grants foreigners residency if they make a significant enough investment.

So it seems buying Spanish property after Brexit is largely business as usual, but will property prices fall in Spain now its number-one foreign investor is no longer part of the EU?

Will it be cheaper to buy in Spain post-Brexit?

House prices in Spain have been steadily recovering since the property market crashed between 2008 and 2014. This slow growth suffered in March 2020 when the pandemic took a firm hold of Europe, with house sales in Spain dropping 37% and mortgages by another 28%, according to Spanish real estate website Idealista.

COVID-19 makes it hard to get a good read on the direct impact of Brexit as strict travel restrictions came at the same time as the end of the transition period.

Brits have historically made up the largest percentage of foreign property investment in Spain, but data from Spain’s notaries says the number of Brits buying in Spain was already falling in 2019, with a drop of 12.7% compared to 2018.

However, interest in Spanish property from UK buyers surged by 39% in January 2021 compared to the same month in 2020, according to real estate company Taylor Wimpey Espana, suggesting Brexit isn’t really slowing down British sun-seekers.

How far will the pound stretch in Spain now Brexit is official?

The bottom line is that Spanish property is still very affordable compared to the UK, so Brexit isn’t likely to slow demand too much. But could currency be an issue?

The spending power of Brits looking to invest in Spain has decreased slightly with the fluctuating value of the pound after Brexit and COVID-19.

“There always have been, and will continue to be, adjustments in the relative value of currencies,” says Wolfendale. “It may affect your decision at the margin, but it wont stop the market beyond the short term.

“New rates become the norm and people get on with it. If you are making plans to retire or enjoy your life, you can’t wait for the currency market to be just right.”

According to Wolfendale, wealthy property investors with their sights set on buying land in Spain or a nice sea-view apartment needn’t lose much sleep over it.

He added, “UK citizens represent a significant part of the foreigners buying in Spain. And the more up market you go the less effect it has.”

The amount it will cost in taxes and fees for a British person to buy or build a house in Spain would be the same as for anyone else, be they Spanish, EU or non-EU: purchase tax, notary fees, registry fee, etc.

However, if you’re planning to rent out your home, Brexit has a tax bump in store for you.

Rental income is taxed at 19% for EU residents, but non-EU citizens, as the British now are, can expect to pay 24%.

So it’s reasonable to think that British investors would at least take this into consideration, but whether or not it’s a deal breaker remains to be seen.

So does Brexit really impact the Spanish property market?

It’s still too early to tell for sure, but considering that Brexit presents very little in the way of red tape to stop Spain’s top foreign investor, there’s not much reason to think it’ll have an effect.

Currency, taxes, permits, and prices are always going to change for one reason or another, so the perfect time to buy or build, if such a thing exists, is always going to be a moving target.

“The simple fact is that Spain is such a wonderful place to have a holiday home in and retire to that people will just put up with almost anything to be here,” adds Wolfendale.
If you’re considering building in Spain, reach out to Eco Vida Homes today to discover how your villa can be expertly designed around your lifestyle and be great for the environment at the same time!

This is a guest post from ECO Vida Homes – If you’d like Spanish Solutions to help you to achieve your property dreams in Spain, please reach out to Tracie today. Tracie@Spanishsolutions.net

Spanish Solutions are here to help with your conveyancing, tax, legal and other issues you have with relocating to Spain. Call us anytime. 0034 966761741