Reform of the Autónomos system for self-employed workers in Spain. 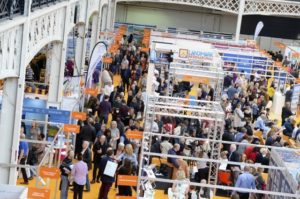 There are 3.2 million self-employed people in Spain, around 16 per cent of the country’s working population, including many foreigners. All the information about the new Reform of the Autónomos System

According to leaked reports this week, the Spanish government is ready to change the controversial way social security contributions are paid. There is no official word on when we can expect the changes but we know it’s badly needed.

The reforms mean the tax authorities will take into account self-employed. People’s actual earnings rather than charge a fixed monthly amount regardless of the true income.

Currently, the system of paying into social security involves a flat fee that stands at around €283 a month at the minimum rate.

This fee gives self-employed workers access to Spain’s public health system. They also benefit from contributions towards a state pension. The problem is that the fee has to be paid regardless of whether an autónomo has any monthly earnings or not. This is not ideal in a Pandemic.

Self-employed workers in Spain currently pay the highest monthly social security fees in the EU. Our fees are far higher than the UK’s €14/m, the Netherlands’s €50 a year or even Germany’s €140 for workers who earn more than €1,700 a month.

I think we’ll see more and more freelancers moving to Spain to blog, take photos, proofread, create content and more. Under the current system, these freelancers get to choose the contribution base that they want to pay a rate on. Most of them opt for the minimum contribution base, yet it is still expensive.

Unofficially, the new plans consist of establishing income brackets. This will set the level of contributions meaning the more you earn then the more social security contribution you pay.

Problems with the Reform of the Autónomos System

When self-employed workers see a reduced income, (like right now due to COVID) their social security contributions will drop and when their earnings increase again, they will pay more.  The story was released by Cadena Ser this week who also said that the Spanish government was looking at a system that would set €12,000 as a minimum base. There would be discounts of up to 50 per cent on contributions from those who don’t reach that threshold.  The next bracket for those earning between 12,000 and 25,000 a year is more or less as it is now for everyone and there will be a further FIVE brackets above this amount.

An overhaul in the system would be welcomed by the many ex-pats in the region and across the country who see it as deeply unfair.

We will keep you informed about the new Reform of the Autónomos System.