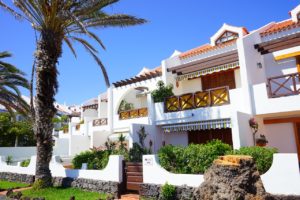 Illegal tourist properties – the Valencian Government continues to fight against these. Such as, they are now carrying out inspections on considerable amounts of tourist homes. There will be many more in 2020. Please take action so that they do not visit yours.

Local Police are also collaborating in the detection of illegal tourist houses and apartments that could be breaking the regional regulations. It appears that they are starting with a main focus in Valencia city. Afterwards, they will spread throughout the Valencia region. They will use town hall police to achieve this.

Police annual records show that the police inspect allegedly illegal tourist apartments. To check your accreditations, your licences etc. Information is sent to the Tourism Agency. Owners of tourist apartments must prove in the inspections that they are in the database of tourist apartments. You must also be able to justify that you have the ‘approval’ of the local Council. As this requirement was introduced after the approval of the new regional tourism law in 2018.

Tightening up of Illegal activities in Spain

This is all part of a general plan to tigthen up illegal activities in Spain. Some people say that why was I permitted to pay cash partly for properties? This was “black money” or “money under the table” but not now? And furthermore are now made to pay capital gains tax on any profit from the deeds price. When actually this was not a true profit as perhaps you paid a large sum in cash.

Contrary to public belief, paying cash as undeclared sums was never legal in Spain. The authorities have never allowed black money. But it is only in recent years that they have increased the security measurements to avoid this. By tightening procedures at the Notary for you. It is very diffcult to do now.

The same goes for renting out a property for holiday use and not having a licence or paying tax on the income. Increasingly now checks are being made on properties that are being let. It is not so easy for you to get away with it if you don’t have a licence and all the paperwork. Checks will be made in the future.

Failure to comply with the new laws regarding illegal tourist properties may result in substantial fines. This depends on how serious the infraction is. If someone is letting out an apartment for holidays without it being recorded in the registry. Then a sanctioning file is initiated. You could be charged many thousands of euros!

Also owners have to stop letting. You may also be breaching safety, health and hygiene regulations without realising. Which could result in more fines for you.

There are other minor infractions, such as misleading advertising, prices higher than those advertised, or the refusal to offer the administration
information about the letting activity.

Our strong advice if you are letting an apartment or house in Spain for tourist use, is to do things properly. We can help you.