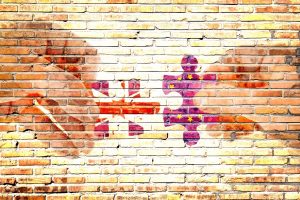 Our suggestions for expats in Spain after Brexit

We wish to make it clear that we only provide our advice on the legal and tax issues in Spain as we see it. We are not giving any personal opinion on Brexit or deals or otherwise.

We only wish to assist and advise on this subject.

Should a “No-Deal” Brexit scenario arise, then the Spanish government have already published their plan for this.

British Nationals will become residents in Spain from a “third country”. As such new residency documentation may be required but there will be a grace period (of almost 2 years; 21 months) to arrange the new paperwork. (Which is called a TIE).

EU citizens have freedom of movement in the EU and EEA. But others need authorisation to live and or work in Spain. However for those already with residency (TIE) it will be far easier to obtain this authorisation.

Everyone who registered as an EU resident before 31st January, plus those who can prove they have been residing here will be seen as legal residents (and also allowed to work).

How can expats in Spain after Brexit prove they are residents?

Well firstly, the most important document is a Residencia certificate or card (now a TIE). It does not have to have “character permanente” on it.

We strongly urge anyone who is a Resident and has not got a Residencia document to follow the British Consulate’s advice and obtain a TIE before the end of January. Our office can advise what is needed. Contact us please to learn more about requirements for Residencias/TIES.

How to get a Spanish Residency Card?

All British living in Spain after Brexit will have the grace period to obtain a document. This document is known as a “Tarjeta de Identidad de Extranjero”, or Foreigner’s Identity card or TIE for short.

Saving Inheritance Tax Prior to Brexit

Our other recommendations are to consider a donation in the Valencia or Murcia region of your property to your children. This is because we have been advising clients to gift property in local regions before Brexit, explaining inheritance and donation taxes may increase as a result of Britons becoming non-EEA and thus no longer eligible for the good inheritance tax allowances used by the Valencia and Murcia regions.

Recently, the Supreme Court has ruled that there cannot be a difference in tax treatment between Europeans and non Europeans. However we predict Tax Office will continue to apply taxes and we will need to appeal them, which may take time and expense and carries a risk. Given the Valencian regional government also have stated they intend to alter/erase taxes this year, we continue to recommend a donation of Spanish properties to your adult children as soon as possible.

Other Recommendations of Paperwork pre-Brexit

Finally, we would also recommend that you ensure (if Resident) that you have your Spanish driving licence and Spanish car on Spanish plates. Matters are only going to get more complicated with bureaucracy after it happens. The same goes for Spanish Wills. At the risk we sound as if we are promoting services, if you have Spanish assets a Spanish Will is already highly recommended, simply because without one you need a Grant of Probate apostilled from your home country, which takes time and can be costly.

This is the time to get your affairs in order, before paperwork becomes a little more complex and expensive in Spain for the British. Please contact us if you have any specific questions about Residency for expats in Spain after Brexit. We are happy to help, that is what we are here for.