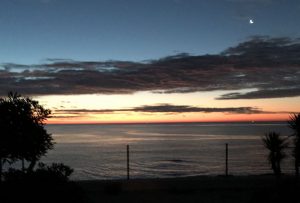 In 2015, I wrote an article following a new European Probate Law. We advised that it only applied to Residents of Spain and that British, Irish, and Danish people were unaffected.

We advised people to change their Wills only if they wanted to, to feel a peace of mind but not to feel pressurised to have the expense.

Thereby depriving ourselves of business but being honest about the situation at that time.

Anyone of ANOTHER NATIONALITY than British, Irish and Danish from August 2015. We stressed that if they had already made their Spanish Will, then they should change the Spanish Will. They must to include a clause refusing expressly the application of Spanish Law, choosing the Law of their own Country. This was important and remains so.

Our advice was correct, but because of events over the past few years, a great deal of confusion has arisen with Probate law.

We have not heard of any problems until recently but it has now become clear to us that when you have a property in Spain. Whether you are Resident or a Non-Resident of Spain, if you spend close to or more than half a year in Spain (not consecutively) and if you have any Spanish assets (even just a bank account), for peace of mind you should make a Spanish Will. In this Will you should choose your National Law in a clause.

This is now very important as more and more cases are arising with problems in this respect in Spain.

Per European Regulation No 650/2012, the applicable law to an Inheritance is the law of the country where the deceased had his/her habitual residence at the time of death, however, Article 22 says it is possible to choose your own law.

Just because you pay non- resident tax and you do not think you are a resident of Spain, if you have property in Spain, you could be at risk of matters not going the way you would have liked when you die.

Because, particularly, if there is no Will at all, it could possibly be challenged that you were resident in Spain when you died and Spanish rules of enforced inheritors could apply.

Given that the British and Irish rejected the European Probate Law, Britain and Ireland have their own rules on Succession for their nationals, and furthermore, there is the problem that Spain accepted the EU law, the Courts on these cases are still not clear on this issue. Brexit will complicate matters further.

It is quite frankly a bit of a mess in Europe at the moment regarding cross-border probate law!

A big problem can arise when a British or Irish person is domiciled in Spain or spends more than half a year in Spain (not consecutive days necessarily), and they do not have a Will in Spain, nor in their home Country.

In this case, they need to apply for a letter of administration to prove who the inheritor is, in which case the Probate Department authorises the executor to USE THE LAW APPLICABLE TO THAT INHERITANCE to complete the probate.

Then is when the problem arises, because the executor must use the right law. And if you are domiciled in Spain, the Law applicable is Spanish Law.

Spanish Law does not allow a spouse to inherit all assets if there are children.

Our recommendation for UK and Irish

We wish to advise all of our UK and Irish clients with assets in Spain (property or bank accounts etc.), whether non-resident or resident in Spain the following:-

1) If you do not have any form of Will at all, please make a Spanish Will as soon as you are able to, including this important clause.

2) If you already have a Will, made at home, please consider making a Spanish Will, including this important clause.

Your Will may be able to be used in Spain after translation and a probate in your home country, but for peace of mind, a Spanish Will is better.

3) If you have made a Spanish Will before 2015. The Will is unlikely to have the clause and you do not have to make a new Will, but for peace of mind, you should consider it.

4) If you have made a Spanish Will since 2015. Please send us this or bring it into our office in La Zenia and we will check it for free. If you made the Will with us from 2015 onwards we will have included the clause.

5) If you have children by a first marriage and have remarried and wish your assets to pass to your spouse.  I cannot stress highly enough the importance of making a Spanish Will.  Please contact us in this case

Any queries please contact Amanda.  Making a Will is simple. The next time you are going to be near La Zenia, please let us know a week or a few days before and we can prepare it and take you to the Notary to translate.

This costs 181.50€ per Will or 338.80€ per couple including VAT. And it is well worth the expense … If you have any legal queries we can refer to our solicitors.

If you are also interested in knowing about donating your Spanish property to your children please ask as our solicitors. We can assist with this matter and it is a very good time to do this tax-wise.