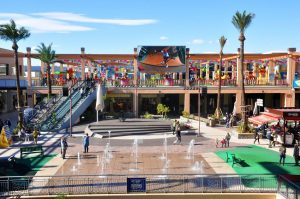 Many Shoppers got a shock this week finding that the Zenia Boulevard and Habaneras shops were now closed on a Sunday after years of being opened virtually every day.

This is because in March 2015 a law was passed to limit Sunday opening and weekly opening hours, which would not come into effect until March 2018, which is why many shoppers have now been surprised as Commercial centres in Orihuela, Orihuela Costa, Alicante, Torrevieja and Pilar de la Horadada now have to close after changes to the Commerce Law of the Valencian Community were finally approved last week.

The law in Spain is that shops over a certain size can only open on 40 Sundays and Bank Holidays throughout the year. This had been permitted for some time for shops in touristy areas that could open virtually every weekend and bank holiday, but this dispensation has just been removed with immediate effect.

This means that shopping centres like Zenia Boulevard, Habaneras and others will close on Sundays from now until June so that they don’t exceed the 40-day rule per year.

It seems that small shops are still allowed to open on Sundays, so you’ll still be able to get essentials. Anyone arriving in Spain on a Sunday afternoon may find that they can’t get bread, milk etc from their usual shops, but probably from petrol stations.

Days in which the stores will remain closed: from the second Sunday of January to Sunday, June 10 (including the following holidays: January 1 and 6, March 19 and May 1).

It means the Zenia Boulevard (Orihuela Costa) and Habaneras (Torrevieja) centres will only be allowed to open food and leisure outlets, after years of having been able to open every day.  Supermarkets are also affected.

Many people are now likely to travel to Dos Mares at San Javier, Espacio Mediterráneo Commercial Centre at Cartagena or Nueva Condomina in Murcia if they fancy a Sunday´s shopping, as these are not based in the Valencia Community.

If you are strug­gling to find genu­ine, hon­est, Eng­lish- speak­ing legal help in Pi­lar de la Horadada, Mil Palmeras, Los Al­caz­ares, Torre Pacheco or sim­ilar areas? If so we can help! Don’t sign any­thing be­fore talk­ing to us and give you our legal ad­vice. We come to you in an hour!  Nic­ola works closely with the ex­pat com­munity here in the Ori­huela Costa and sur­round­ing areas, her areas of work are NIEs, Residencia, Wills and any Traffic mat­ters,.