Pets Travelling to and from the UK to Spain after Brexit 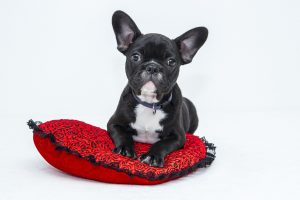 Pet owners in Spain face bills of up to €300 or more if they want to travel to the UK after Brexit (and bring their furry friends).The British government has spoken first on the matter urging dog, cat and even ferret owners to start the process soon, in case a no deal scenario should occur.

The official UK website states that if Britain leaves the EU without a deal, rules for travelling to Europe including Spain with your pet will quickly change. They encourage pet owners coming to Spain or returning to the UK from Spain to start the process at least four months before they intend to travel.

Currently in Spain we take advantage of the pet passport scheme. In a post Brexit environment, the concessions will no longer be valid for pets travelling to or from the UK.

With the bottle necks already in place and agreements needed to be reached in so many areas, this change to the pet passports law could be time consuming, expensive and problematic.

The substantial estimated costs are for extra blood tests, veterinary checks and new passports.  The current situation, which allows free movement of pets between the UK and Spain is that pets have received a rabies vaccine and they must be microchipped.  The pet also must also have a valid EU pet passport issued by a vet. Herein lies the problem: The pet passport.

Vets in Spain reported this summer that some British clients are getting rabies testing done in advance, as well as treatment against Echinococcus multilocularis (tapeworm). If you have absolutely got to travel to the UK after the end of October, presumably its not worth the risk of your pet being left behind. As with so much Brexit uncertainty, thousands of UK residents are choosing to wait to avoid the extra costs.

We hoped we would know more by the end of the summer and our contacts in the veterinary world in Spain have promised us a clear guide within a few weeks. We are sorry, but this article is to advise that we are investigating the situation and will let you know the infomation, process and costs as soon as we can. Contact us if you want to be kept informed on this issue.